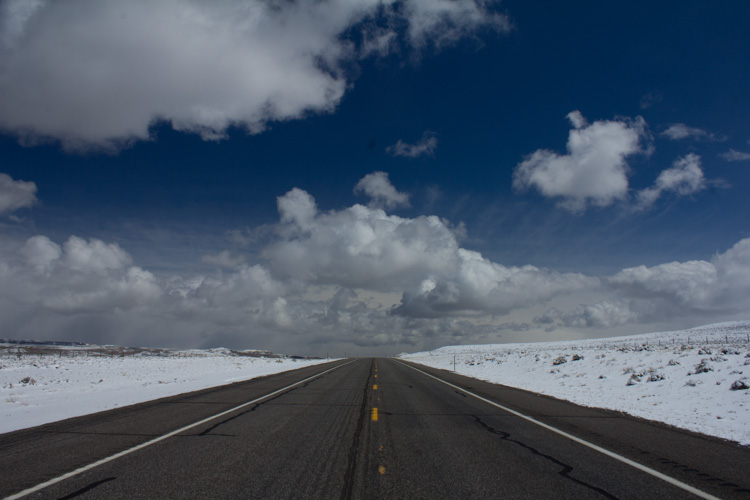 Well, that wasn't the intention, to leave the blog open-ended and unfinished. But once I started moving home, I made a straight line of it. Suddenly, my rules about long days of driving and interstate highways were thrown out the window.

Along the way, I kept a promise to a friend of mine. He said that when/if I came across anything that claimed to be the "world's biggest _____" that I had to stop. Well, in the midst of my long day of trouble, I saw my first: the world's largest Jackalope. And here it is! 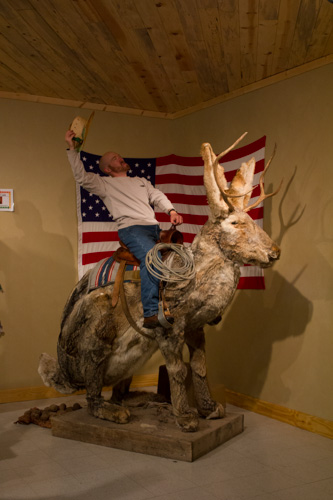 Other than that, really the only notable thing about the drive back is that I finally vanquished all of Nebraska in one go. I've crossed the country on I-80 a few times, and it always seems that Nebraska just goes on and on, flat and featureless, and you're going to have to stay the night and wake up to the same thing tomorrow. Not tonight! I made it from Cheyenne, WY at about 3:00PM all the way to Iowa, well after midnight. It was a challenge, but I felt perky and alert. I sang the whole way, as usual.

So I got home, with little fanfare, and then (after a day or two of work) continued a few more hours east to visit my folks. It was nice to relax, and just be indoors for a while. We went down to the Philly area for yard work. I spent two days splitting up giant trees, I broke apart something about 30 of the "pizzas" in the picture below. The following days my arm was pretty sore from a pinched nerve, the first one I've ever had. 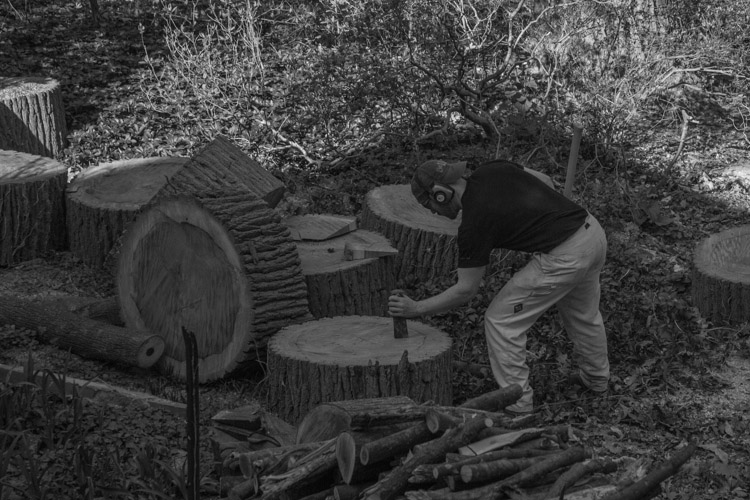 In the weeks since, I've come back home to Pittsburgh and spent a great deal of time moving one of my friends to a new house and getting my own back in good shape. I'd dumped a huge mess in it and needed to spend days re-establishing order.

Now it's time to get serious about a couple of main missions: continuing to improve my fitness and getting ready for a real job search. Yesterday I did my first ever 5k race, a hilly course here in Pittsburgh where I managed to finish in a little less than 23 minutes. It's strange to think that I've finished a half-dozen marathons (not counting training runs) but have never tried shorter races. I'm going to try to run shorter and faster and build endurance, rather than what I've done in the past, which is grind out long slow runs and then get faster. We'll see.

I'm not sure what I'm going to do with this blog. I started it to write up the trip, which obviously is finished now. I feel like there are some essays kicking around in my mind, but don't really believe that I'd be reliable enough with them to call it a "blog." Hm.