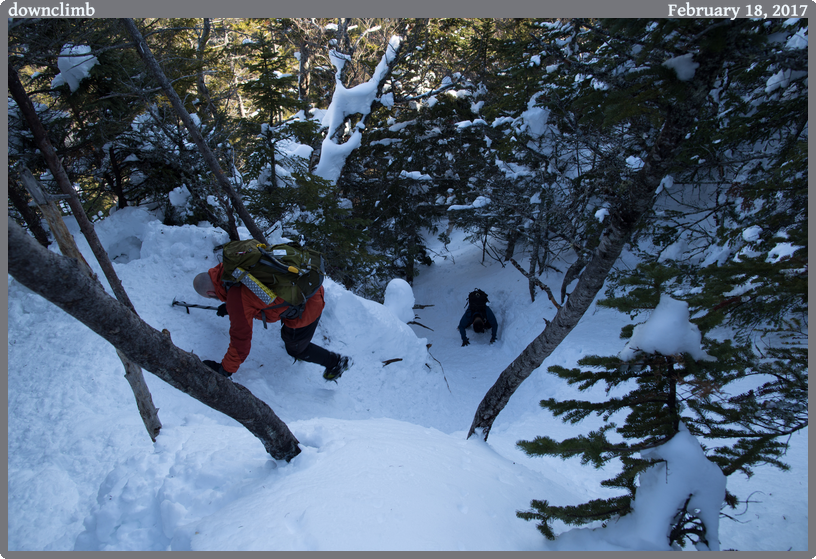 We encountered what appeared to be a couple around this point. He was comfortable, and had seemingly dragged her up this extremly steep, icy hike, and now they were trying to make their way down. But she didn't know how to use her crampons, scraping them over the slushy ice instead of kicking in nice and firmly. They will hold! But you have to mean it. She was terrified, crying.

Afterwards, we had an internal discussion about the ethics of bringing someone up who was so poorly equipped for the conditions. How does it change if you're married to them, vs. being paid to guide them?