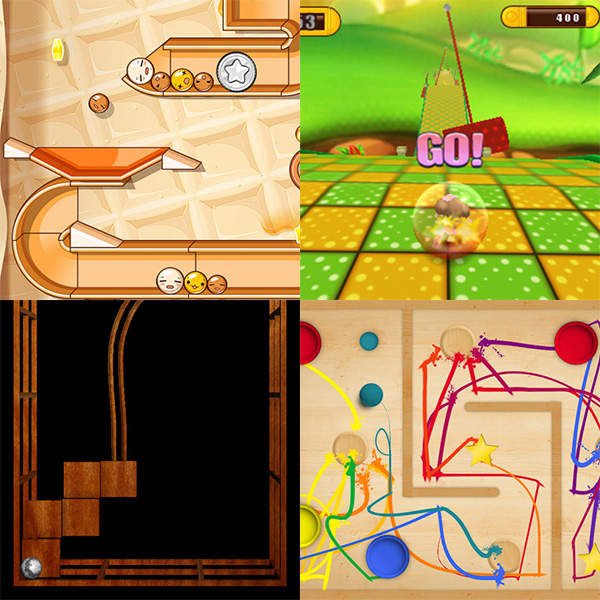 The other day I began writing about what was informing the basic design of my ball-rolling game. This is part two of a discussion of some other games in the genre. 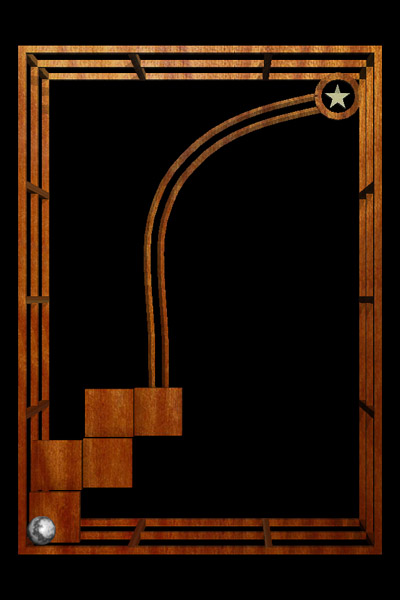 This game [website, with video] was created by Christopher Barry. It stays the closest to the challenge of a traditional wooden marble game of the ones that I played. Even the interface which lets you select a level to tackle is manipulated by rolling the ball to a goal. It's based, again, on the same premise that is used by physical marble games and Super Monkey Ball: simply get to the goal, if you can.

Of the four games I tested, this is probably the one that I found myself having the longest play sessions on, with some light addictiveness to it. It wasn't irresistable for me, but does get a number of things right.

Feedback: The "success" sound used was simply a few seconds of Beethoven's 6th symphony, which felt like, "can't afford to license music, so I'll just use something short written by someone who died a long time ago." It was a strange feeling for the game. 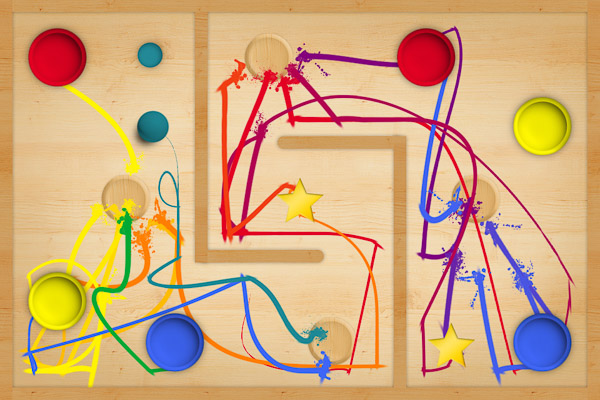 Blendamaze by Borderleap adds a neat, novel idea to the mechanic of ball-rolling: it asks the player to match colors by dipping the ball in paint buckets, such that the ball takes on a color which matches a specific target. By doing so, the correct path through the maze becomes more complex than the level will appear at first.

Additionally, each paint pot is linked to a distinct place to reappear on the screen, so there's a bit uf unpredictability about what will happen when you get your color from a variety of different options. But it's learnable, and the designers included a short animation where your ball returns before being playable; this gives the player a chance to decide which way they want the surface to be oriented when the game resumes in a second.

[1] Perfect example of an interest curve: this clip is of the world's greatest juggler paying three neighborhood kids to watch him set the WORLD RECORD for longest time keeping 7 balls aloft. It's amazing! For about 12 seconds. But setting the world record takes 50-60 times longer. So the video makes light of how incredibly dull it is to set this record. Contrast it with footage of an actual performance by the same man, where he changes the tricks every few seconds for the same length of time. One interesting thing to note is that the performance ends with a big finish, where he appears to "just" juggle 6 or 7 clubs at the same time for a few moments. Apparently, this is one of the absolute most difficult feats to accomplish; but earlier in the show he performs numerous tricks that look harder.