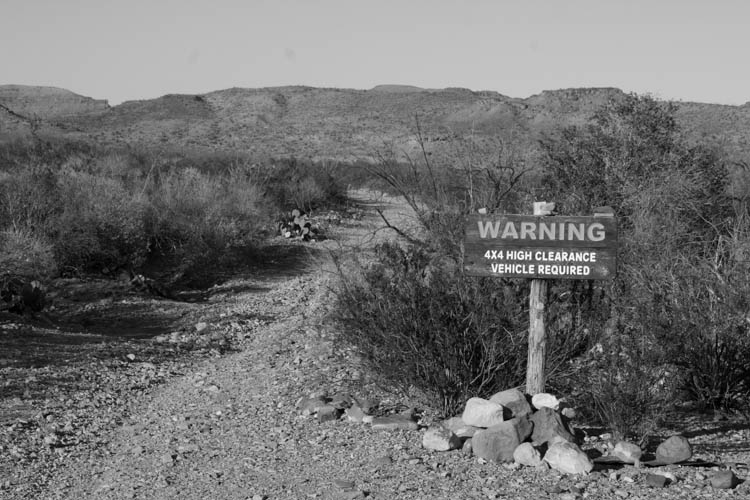 After the extra day or two in Seminole Canyon, I drove to Big Bend. I stopped for lunch and some supplies (particularly water) in a small town north of the entrance. Fried pies? Sure!

When I entered the park at Persimmon Gap, I stopped at the first ranger station. After a lengthy discussion with the helpful and experienced ranger there, I made a backcountry plan to last 4 days at various sites. I was very careful to discuss the trails I'd be on, what to expect, how much water to bring, and so forth. They took pictures of me, my bootprints, and my pack in case of any trouble.

In the process of making the plan, the ranger asked what vehicle I'd be driving. I pointed over my shoulder to the truck, visible in the parking area behind me. She mentioned that the roads I'd be on would be rough, and that I should expect to bump against a few rocks, but I had a suitable ride and should be fine. But it was time to hurry! I had several hours ahead, apparently. I headed off.

When I left the paved roads and got onto the graded dirt ones instead, at first I was excited: now this was remote! I'd really be out there, but with someone sounding an alarm in case I didn't check in after a few days. I drove on, watching the map. The straightest way was down a road marked "unmaintained" on the map. When I hit it, a sign or two warned me that I'd need good clearance, but with the ranger's confidence ringing in my ears, I was amused and excited, not afraid. What adventure! 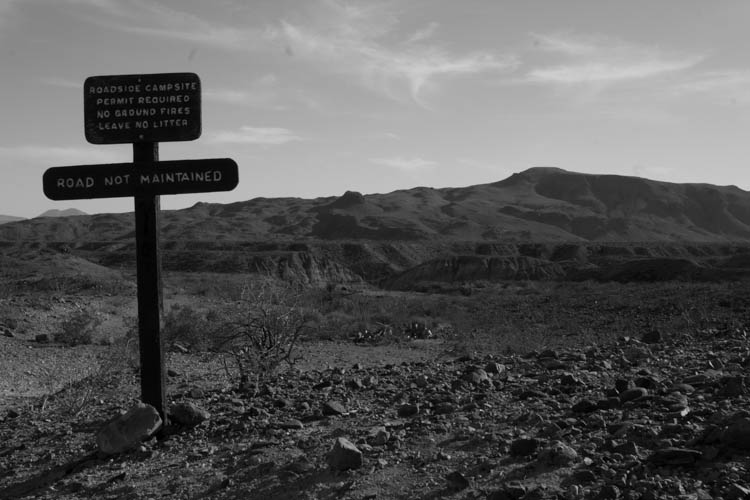 I had driven down the road less than 5 minutes before I learned what kind of adventure I was actually on. This road was rough. Like, no, now-you-drive-over-this-boulder rough. I was proceeding down a steep grade with a steep wall on my right, and a catastrophic drop on the left. It wasn't more than a few stories high, but certainly enough to roll the truck over a few times if I slid too far that way as I jostled over the huge stones. Naturally, I favored the wall side of the road. BAM. Suddenly, my truck stopped cold, in a way I've never felt before. Clearly, the chassis or transmission had struck a boulder that was having no parts of it.

After trying to go over it a few more times, carefully, with the same result, I got out and inspected the obstruction and tried to pick a line, difficult to see from the driver's seat. It seemed passable, but the side of the road with the precipice also seemed awfully soft and dusty. This was going to be crazy. But backing up the road would be just as bad or worse. Like it or not, I was committed.

With a clenched jaw, I backed up a few feet, turned towards the drop and then dodged to the right. This time, I was allowed past, and continued down the slope. 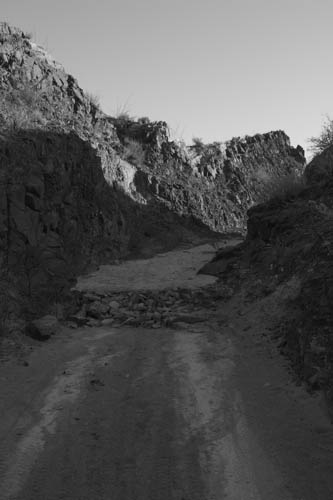 The next hour consisted of a steady onslaught of obstacles much like that one. Fortunately, there weren't too many more with such high stakes, but plenty of places threatened to strand me on a road which clearly didn't see a whole lot of traffic. It was small comfort that the tire tracks I saw were mostly dirt bikes, not other trucks.

I've got to say, there was only one other thing I've ever done outdoors which was as terrifying as driving down Black Gap road for me: highlining in Yosemite. 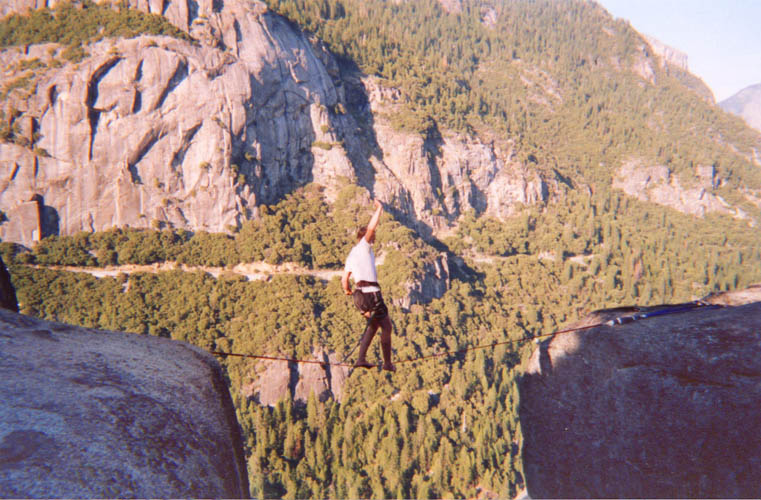 Finally, I completed passage and returned to more normal dirt roads. As soon as I saw a sign pointing behind me warning of the need for four wheel drive, I stopped, got out and unclenched my white knuckles. I noticed that a piece of bumper trim was hanging on by a single bolt, so I removed it the rest of the way and threw it in the back. My bumper had some brand new dents, but I was OK. 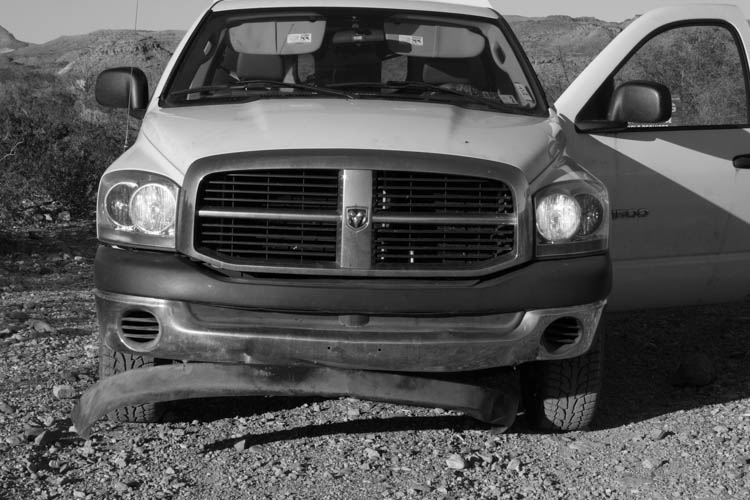 About an hour later, I arrived at a campsite deep to the south of the park. The sun was setting as I parked atop a gentle rise. The wind was almost imperceptible, and the stiff desert plants were still. Neither birds nor insects made a single sound; I could hear nothing. I've never experienced anything like it. My ears felt pressurized, as if I was at altitude. I'm not sure that anything I can write could ever express the serenity. I felt the stress of the drive dissipate into a very easy, deep sleep. 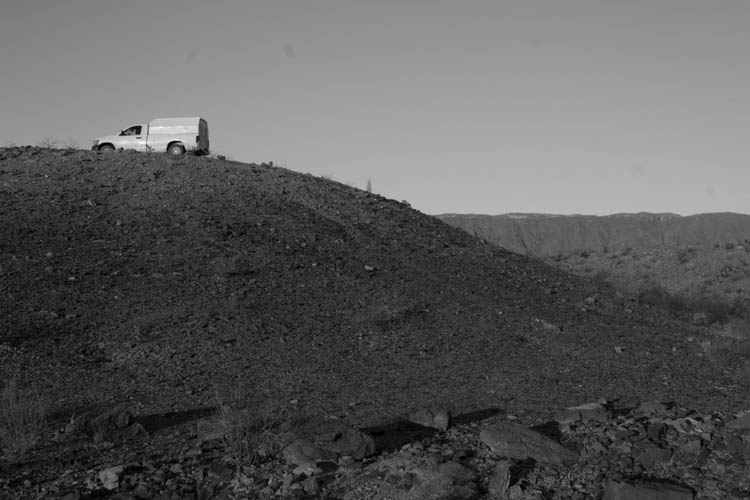