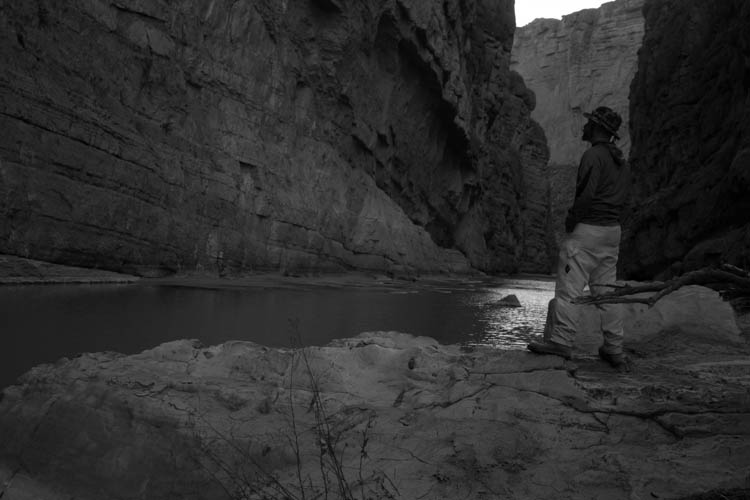 My campsite was actually shared by another software developer named Peter, who it turns out was almost certainly staying there illegally. But I didn't know that, the site had plenty of room to spare, and I welcomed the hiking partner the next day. We both had the same destination in mind: Mariscal canyon. 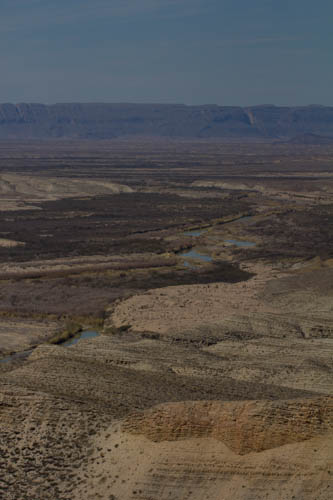 We went to the trailhead and headed south on foot. Before long, we sighted the Rio Grande. I was surprised, stupidly, by its small size. Obviously I knew I was in an arid environment, but somehow my mental image of the river was of something much more substantial. It is trivial to walk between Mexico and the United States here, and in fact Peter warned me that car break-ins at the trailhead are common.

We climbed the mountain, which was about 400m tall, and finally got to peer down into the canyon that sliced straight through it. It seemed to me that the river was there before the mountain, because of the way that it cut through, as if a saw came down from above. I'm not a geologist though. 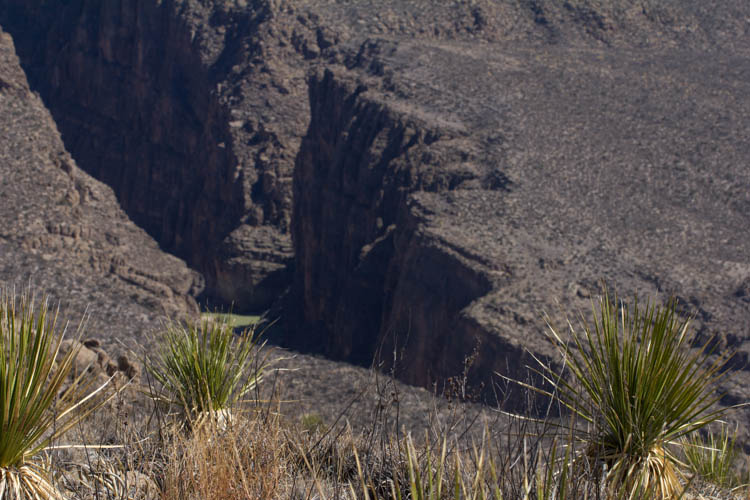 The hike was about 5 hours long, out and back, with plenty of stops for photography. Afterwards, I decided to follow Peter as he drove west on the river road. It was nice enough, but took 3 hours and was pretty rough, although nothing like the day before. We got back to pavement a few minutes before sunset. Peter announced his plan to drive the 90 minutes or so to the extreme east end of the park to stay the night, while I decided instead to head a little farther west to visit Santa Elena canyon.

A short hike into the canyon rewarded me with more beautiful views of sheer walls flanking the bright green river. I stayed until after sundown, and looked up at the moon and Jupiter almost directly overhead.

I was tired and hungry, so when I got back to the truck I ate a quick bite and then drove to the first campsite I saw. That was a long day, too long. 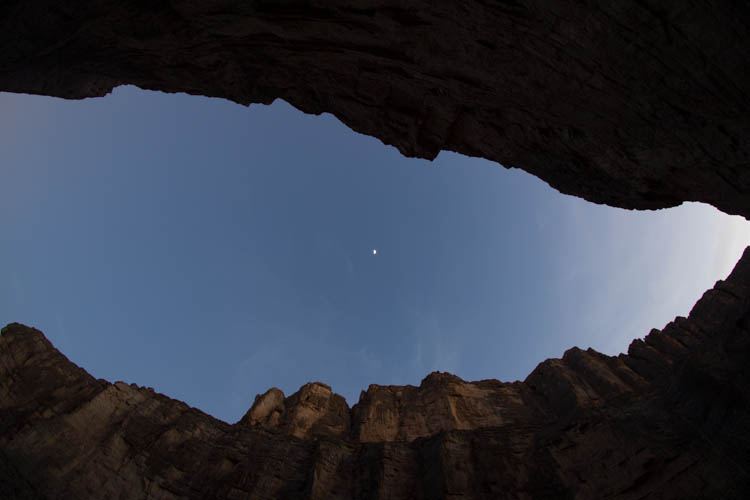