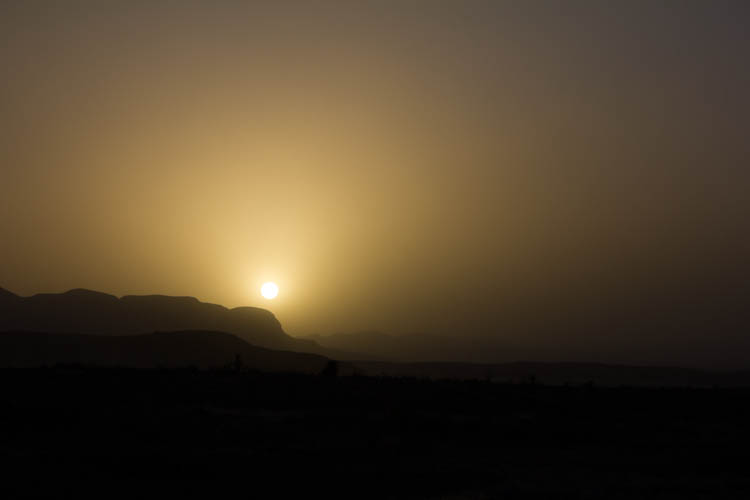 I'd made arrangements a few days before to visit a man named John Wells, who's been writing a blog for several years about his life off the grid in west Texas. I found his website in about 2010 when he was featured in the New York Times, and was immediately hooked. I wanted to learn about how to manage power, water, and so on, because I knew that this trip would have to happen eventually. And a part of me even fantasizes about buying a little parcel of land out there for a few hundred bucks and building a fortress of solitude... John's making a day-to-day instruction manual about how to do that.

So finally, after 8 days in Big Bend, I was ready to go. It felt like I could easily spend an entire season or year there without experiencing all the park has to show me, but I was also quite ready to move on. I drove out of the park and north of Terlingua, where John lives. He had given me a map that was pretty necessary to find the place—Google doesn't know where the field lab is!

When I arrived, I actually gave him a tour of my truck (and a case of beer) first. "Yeah, you can stay," he said. For the next four hours, he showed me around and I got to meet all the characters I've been reading about for so long. It was odd being in a position where I knew much more about John than he did about me, but he was gracious and said that's pretty typical of his guests. I filled him in in the usual excruciating detail.

I didn't take pictures at the field lab, but posed for one, on his blog.

On the way out though, a fierce wind storm—my first—chased me away. I snapped a few pictures of it.

Several hours later, I stopped for the night in a nondescript RV park in Fort Davis. I'd been drawn, as is my wont, towards green dots on the map denoting scenic routes and areas marked as state parks. But it was too late to make arrangements and the park didn't have camping anyway, so I drove a mile or two back to town and found a little commercial RV park.

When I stepped into the office, I was stunned. It felt like I should have knocked, because this wasn't so much an office as a dwelling. As I closed the door behind me I noticed a prominent map of the Big Bend area and West texas, and a set of brochures. But that was about the end of the expected contents of the room. To my left was an large tank with a single unmoving fish that I initially mistook for plastic. To my right was a kitchenette, filing cabinets, and memorabilia. In fact, most of the room was devoted to mementos and medals from what had evidently been a lengthy military career. (31 years in the Air Force, as it turns out.) On the ceiling overhead were two flags that I didn't get to examine closely; I think they might have been an Air Force and a POW/MIA flag.

A tall man sat, leaning way back in a pouch of an office chair, watching a movie. He paused it when I came in, and took a moment to say hello and ask what I wanted. I explained that I needed a campsite for the night. He grilled me on the facilities I'd require, and I answered none; I just wanted a cheap safe place to park. He seemed almost offended that I'd come to his campground, under the assumption that the quiet town was unsafe.

"Well, it's not that I feel unsafe, it's just that... this is Texas, and it's not a good idea to park on what might be private property without permission. And I don't know how overzealous the cops are around here..." I trailed off.

My host immediately launched in on a series of stories from his younger days, spent touring the country in airstream trailers with a golden retriever that was a sentinel fit for a king. He advised that with a dog on board, one could park just about anywhere, any time, and catch his 40 winks in complete comfort and confidence. This was reinforced by the telling of several exemplary anecdotes, featuring various undetermined ne'er-do-wells approaching his trailer in the night. I was suitably spooked. But I wasn't sure if he was going to take my money for a spot or not.

Eventually, one of the stories ended with, "So. Twelve dollars." Which I produced, fumbling. The owner introduced himself as David and told me where to find my site, nestled between two of his airstream trailers, which might help shield me from the still-incredible wind.

I'm afraid it didn't, but even with the truck shaking through the gusts all night, and without a single dog on board, I slept well enough.

In the morning, there was snow, about 14 flakes floating down, the only actual snowfall I've seen this winter. 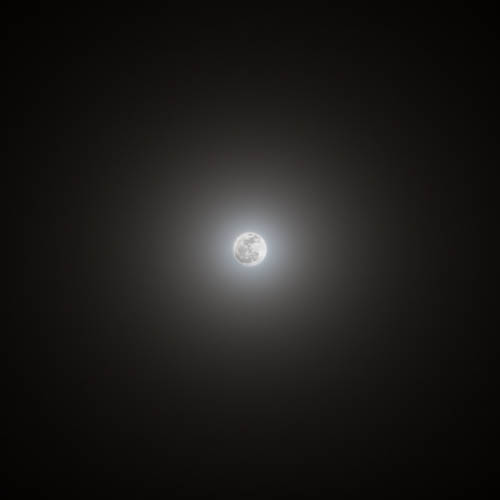