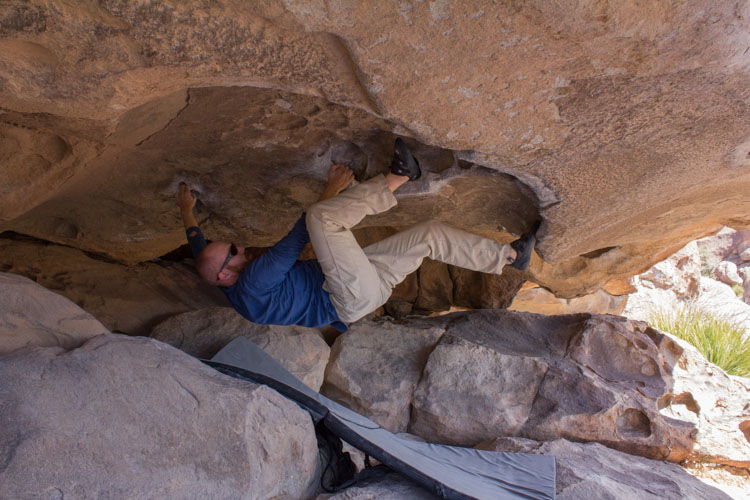 While I was at Hueco, I needed a project. I had originally hoped to work on Animal Acts, which I'd gotten all the moves for in 2004, but had to leave behind in order to not be a jerk (the whole group had to move together on the guided tour.) So that wound up being 'the one that got away,' and would have been my first outdoor V6. Sadness! 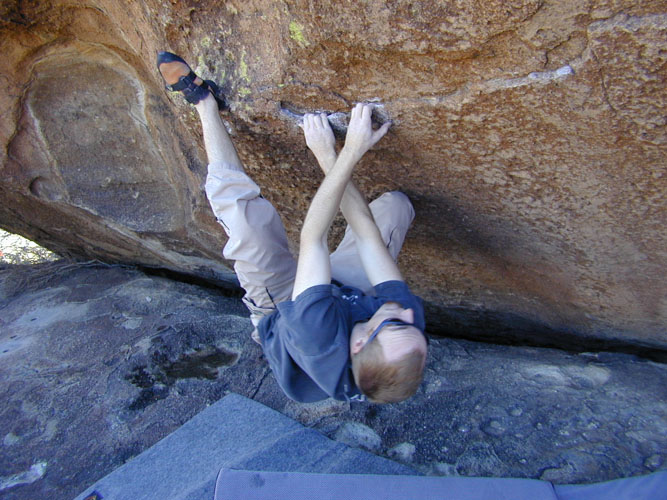 I tried a number of problems, but didn't fall madly in love with anything new until I booked a guided tour one day and we visited Moonshine Roof, another classic V4 roof problem. Since I'm a climber who has spent the vast majority of his time in the gym climbing on plastic, Hueco's roof problems generally appeal to me: they're pumpy, but often have juggy (large) holds.

When I first jumped on it, I got much farther than I expected: about halfway on the first burn. Awesome! But over the next hour or so, I made a number of tries, and couldn't piece it all together. As I worked on it, I asked for one of my companions to snap a few pictures. 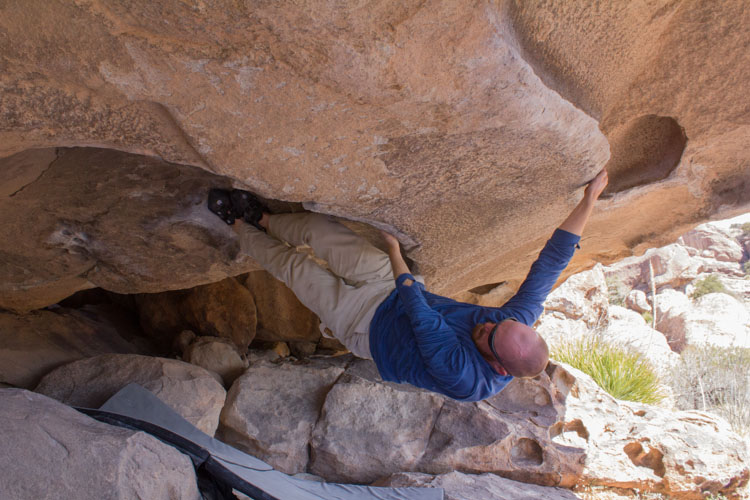 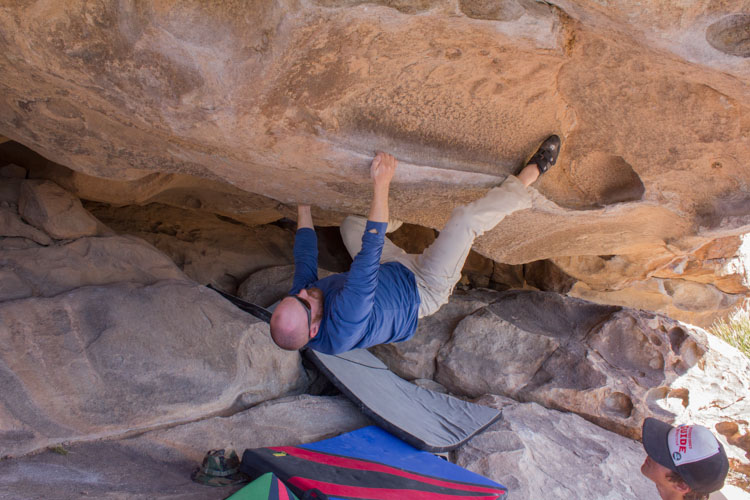 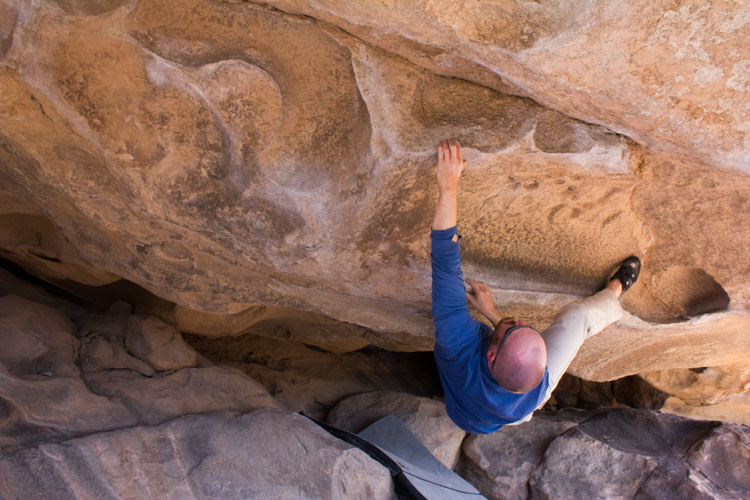 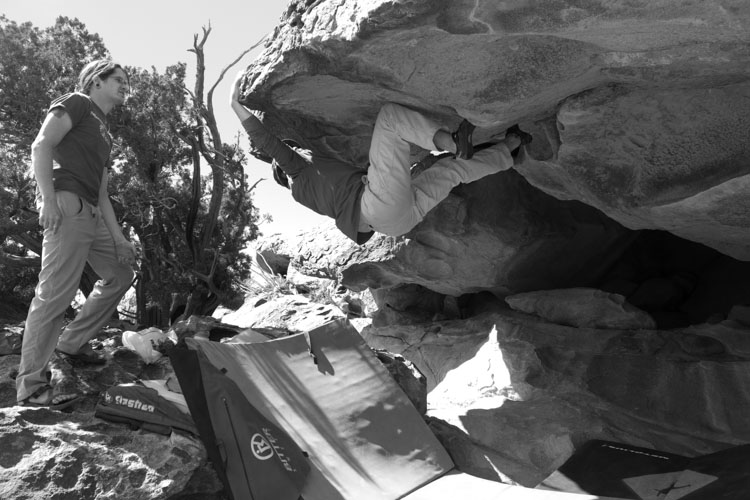 I continued to make progress, but at the lip, I got stuck. I isolated the second part of the problem and sent it without too much trouble, but on my first day, struggling my way over so many moves, I was just too tired to put the whole thing together.

But I sure didn't want to leave behind another great problem! So even though I was looking to continue my trip, I did everything I could to get back onto another tour (needed to access this spot) and return to the problem. When I did, I had the great satisfaction of cruising it on my first burn.