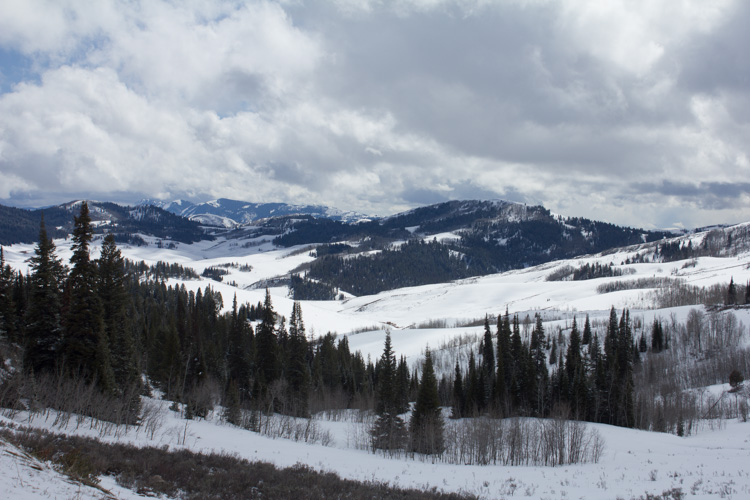 I spent the day driving to Jackson, Wyoming, just south of the Tetons. When I arrived, I had a few hours to kill before making contact with my friend and host, so I (shockingly) decided to hit the local rock gym. It was a fine facility and I got a surprising pump out of my two hours.

J. and I met for breakfast the next morning, and she gave me the lay of the land, and a brief tour of the town, which is bigger than I'd thought when I first laid eyes on it.

I headed up to the national park and went snowshoeing on the trail that J. recommended. Finally, snow! I've been traveling in the winter for 3 months and hadn't yet hiked in it. I had a great time testing out my shoes. I walked across a frozen and snow-covered lake, following some recently laid ski tracks. But they were not fresh enough for my tastes, and I turned back when I saw the bridge that I thought was in the area. 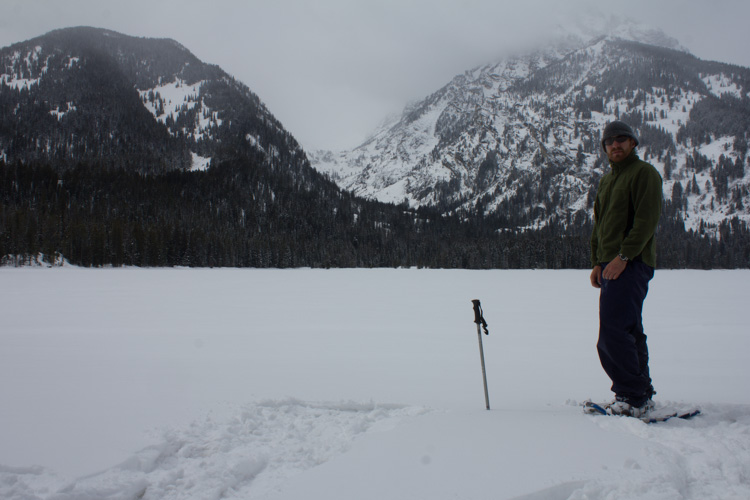 I also found tracks where at least two wolves had gone by, with some prey as well... at least it looked that way to my untrained eye. 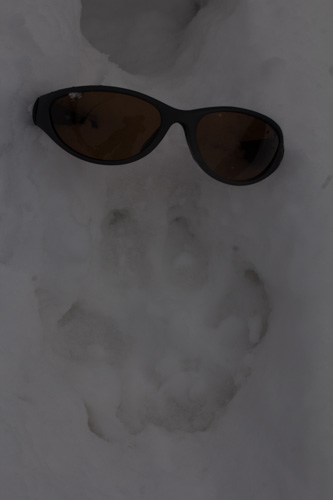 I got back to the truck a little later than I'd hoped, but not too bad. I got a nice dinner in town and headed back to a national forest to camp. All the designated campgrounds in the National Park are still closed for the winter, but I was able to find a nice place in the less regulated area just outside. I tucked in tight to both sleeping bags for a cold night. It did not disappoint.