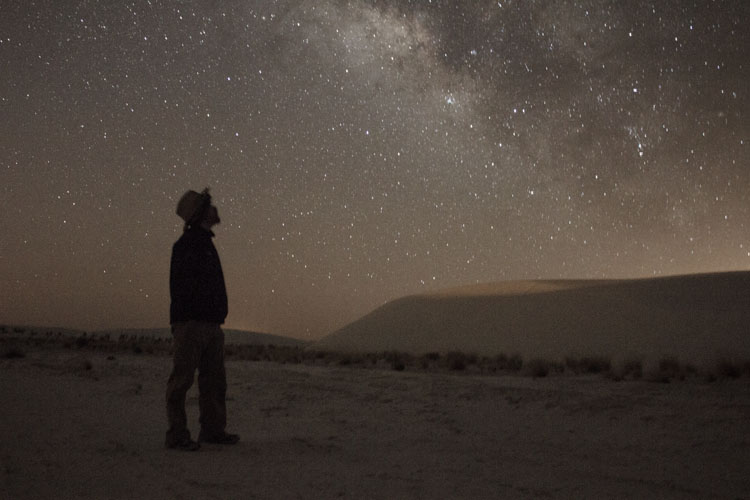 Right now, I'm at Cottonwood campground in Apache National Forest. (But the cover photo is from my birthday on White Sands.) The sun set about 30 minutes ago, so I am in the part of the day where the temperature is plummeting, and I will likely head for my sleeping bag before too long. But for now, a pair of open-tipped gloves will buy me some time. I'm thinking about the things which have gone particularly well and poorly on this trip.

(The truck, my laptop, and camera have all done a fantastic job so far, but didn't surprise me as much.)

at least $500 worth of gear if I'd done this trip ten years ago.

Things I would consider changing for next time:

Going on this trip has, overall, showed me that this lifestyle could be really good for me on a more permanent basis. I'd need to win the lottery or get a job I can telecommute to (and, ideally, be offline for long stretches.) But I could definitely see this being something I orient my life around from now on.