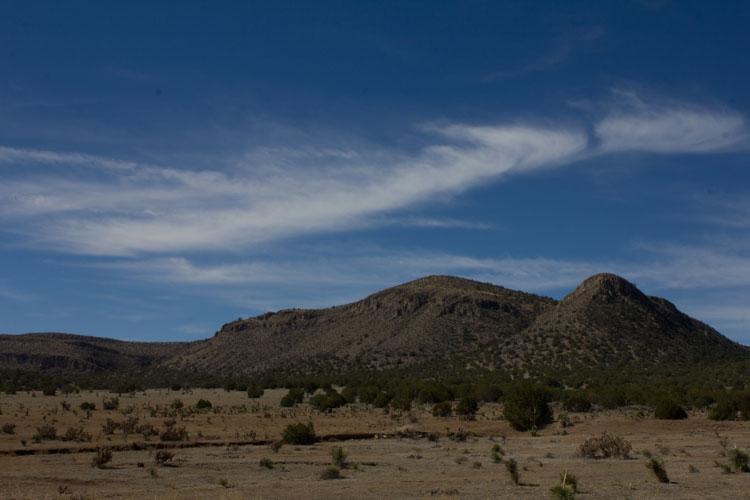 After I filmed the tour video, I headed out and got some help at a ranger station and made a plan. I took the advice given and drove about 2 hours on winding mountain roads in to a canyon where some people lived in caves in the rock 700 years ago. Unfortunately, the hike to see them was merely a little nature walk, which is fine, but after seeing the great mountains up at Emory pass, I really wanted to bite off a big chunk of trail and hit it, up in the pines. I was not really in the right mindset to enjoy the cliff dwellings. 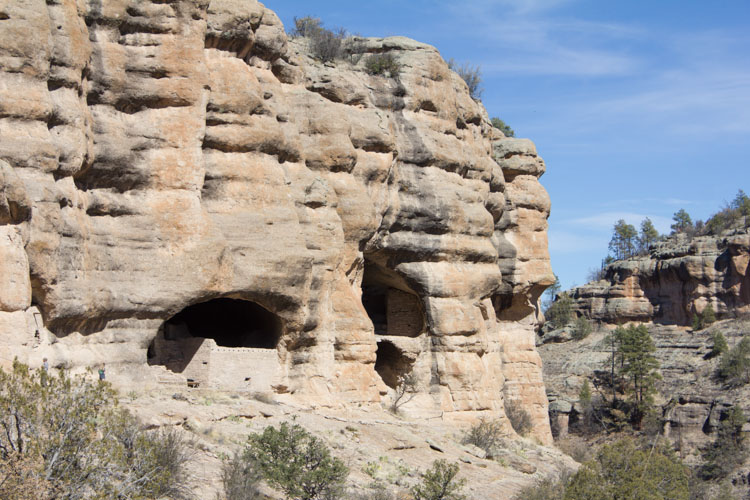 I had bought a map of the trails in the immediate area around the canyon, but it helpfully came with descriptions and elevation charts, none of which showed any good altitude gains, and everything in the area seemed to be long looping canyon walks. I wanted trees! I knew this forest could give them to me. I drove south on forest road 15, where another map showed some camping that I thought would be like the one I'd left the night before.

Sure enough, when I finally got there after many more miles of slow, winding driving, the campsites looked wonderful. But the signs out front said, "closed," and I believe in respecting the areas I'm enjoying, and honoring the rules there. So I drove on, all the way out to Silver City, where I got some fast food and internet access. 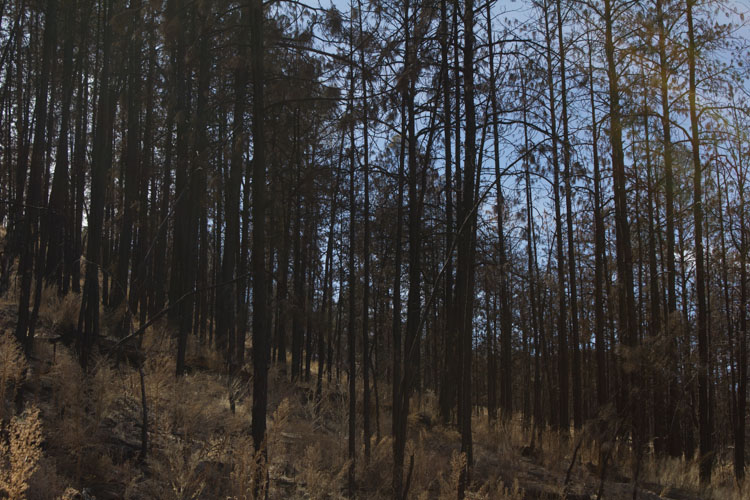 I drove still more after dark and arrived at a picnic area back on forest lands. I wasn't supposed to sleep there, I'm sure, but after the forest service had boxed me out of what I wanted, and I was exhausted from the wild goose chase that the day had been, I did it anyway without issue. I'm a pretty low-footprint camper: no tent, no fires, and that night not even any cooking. I just need a safe place to park.

When I awoke, I saw a wonderful vista ahead of me, with just the sort of mountains I wanted. And the signage made a big proclamation about them being open wilderness, untouched by chainsaws even to make trails. Sounds great! Sign me up. I headed to the ranger station nearby to make a detailed itinerary.

It was closed, so I walked over to the nearby board of notices, only to discover that the entire western part of the national forest is closed to hikers for the rest of the year. It has to do with fire, although I don't know if they're trying to prevent new ones in an area that hasn't burned and has a lot of dry fuel, or if it's a delicate area recovering after a recent wildfire. Oh well.

There was an outlet at the sign board, so partly out of need and partly out of frustration, I confess, I gave myself a haircut and beard trim right there. I'd challenge anyone to find evidence of it by now, on Monday morning.

I drove on for another hour or so, finding a campground named Cottonwood in the adjacent Apache National Forest. It was free, and I was able to hike a fire/service road that did in fact go more or less straight up out of the (pine forested) canyon. I don't envy whomever has driven that! So I did sort of get my wish; I hiked up to some power lines and bushwhacked a little afterwards. It took about 2 hours.

The next morning after breakfast, I began to adjust for one of my list of annoyances: I immersed myself in guitar practice and songwriting for a solid 4 hours. It was heavenly.

I drove on in the mid afternoon, and pulled into town where I rented a motel room for the night, and have been making a flurry of updates and posts, as you've probably seen if you're reading this. It was pretty nice to sleep in a bed for the first time in so long.

And now, exactly two months into the trip, the blog is up to date. I will try to keep it more or less current the rest of the way out, though naturally it will be sporadic as I gain and lose internet access.