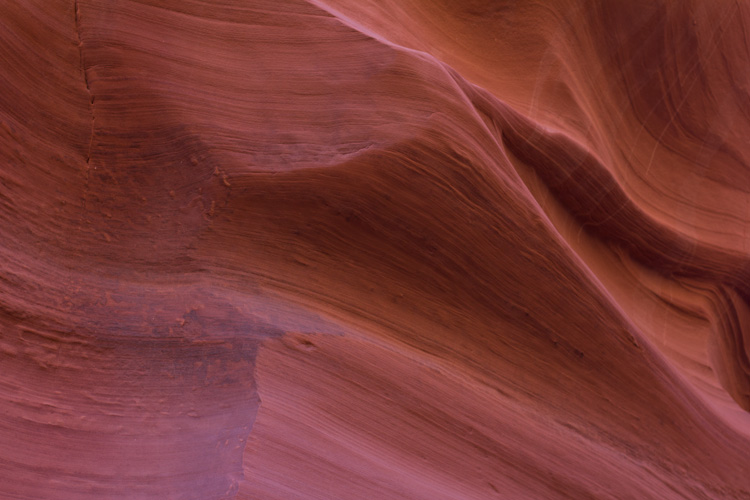 As before, I'm only adding the second- or third-tier shots I took on this day, because I want to save the best ones for the backlog.

While I walked slowly to my truck after the Grand Canyon hike, I chatted with a number of tourists, including a pair who just so happened to be heading to the same next place as I was: the slot canyons near Page, Arizona. We decided to keep in touch and try to coordinate. I took a day or two to rest and travel up and around a detour. I spent a day in the campground area when I got waitlisted on the tour they'd joined. It turned out to be for the best; I wasn't feeling inspired for photography anyway.

I haven't explained very well what these canyons are all about. The best thing to do, I guess, is just search for pictures of Antelope Canyon. If you do that, you'll see pretty quickly why any photography hobbyist who's traveling the southwest like I am would have no choice but to go.

As it turns out, there are about 5 of these slot canyons in the area, mostly on Navajo tribal lands. Apparently, the public used to be able to go through them on their own, but as usual, a few people were ruining things and scrawling graffiti on the walls, etc. So now access is limited to guided tours. But the word "limited" is used fairly loosely here. In fact, there are several companies all charging some pretty high per-person rates to cram as many people as physically possible into the tiny canyons, particularly Antelope canyon, and all focused on the noontime hour, when shafts of light blast into it and bounce all around in incredible ways. 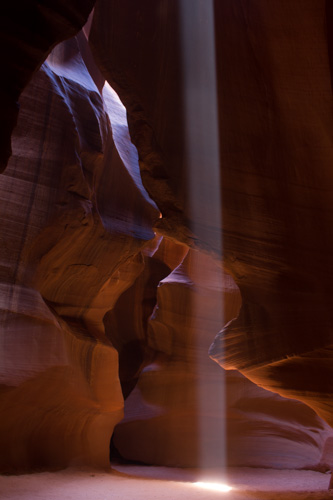 While I was taking this shot, which wasn't ideal because of the way the light comes straight down, the guy to my right was trying to take a looooong exposure, wide angle shot, which apparently meant that he needed all 200 people in the chamber to stay completely still for almost 2 minutes. His shot was apparently ruined in the last two seconds when someone walked in from the back. I thought he was a fool for trying something like that.

I booked a tour of three canyons: Owl, and Rattlesnake, and Antelope. The first two were virtually empty but for our small group, which was absolutely wonderful. The last one was a complete mad house—it seemed like thousands of people were crammed in there. That said, probably most of my favorite pictures were in fact from Antelope. 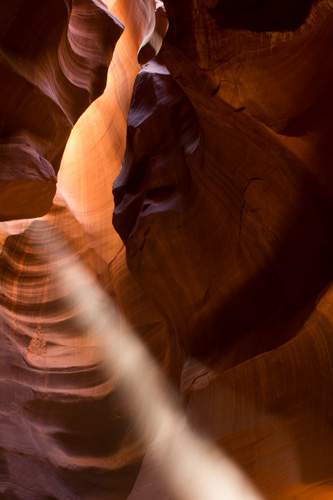 After the tour, I drove across the Navajo reservation in northern Arizona, and went north through Monument valley, with perhaps the most iconic buttes in the Southwest. I took a nice sunset drive through the park, but didn't stick around. 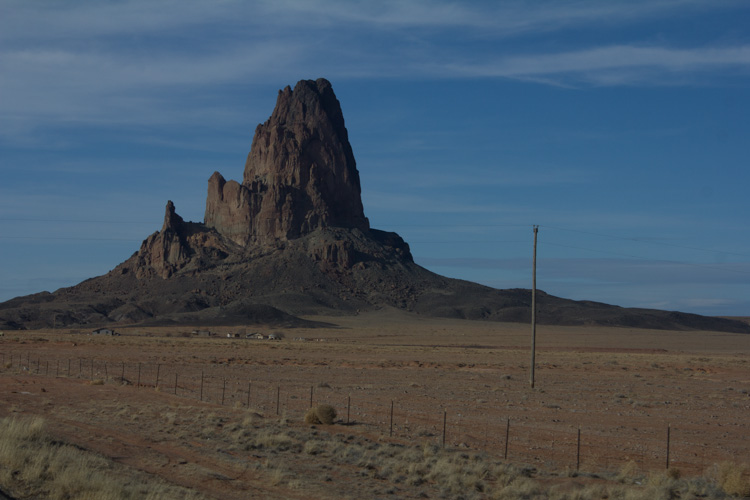