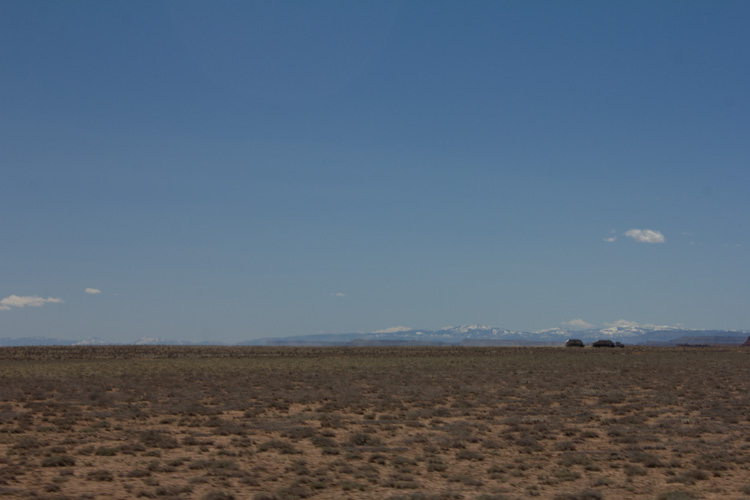 A maintenance day in Moab was extremely productive: I washed myself and my clothes, confirmed that my taxes had been paid, posted blog entries, and a number of other large and small tasks. I started to firm up the idea that I'd be heading north to the Tetons and Yellowstone, and be headed back home after that. I've been feeling road-weariness growing to the point where visions of my own bed at home, my kitchen, start to take on as much luster as the glorious vistas ahead. It seemed like a pretty good indication.

But there is another climbing destination situated about halfway between Moab and Ogden, my next scheduled destination. Joe's Valley is a fairly nondescript area in a national forest in northern Utah, but it's full of hard sandstone boulders that draw us climbers in.

I took just about the most direct route I could, which meant driving about 45 miles of dirt roads across open BLM land. I have no doubt that my route and pace added at least 3 hours to the trip as compared to normal drivers, but I got to see still more beautiful desert country. The end of the route crossed the most barren, alkaline-looking soil I've ever seen other than the Bonneville salt flats or Death Valley. 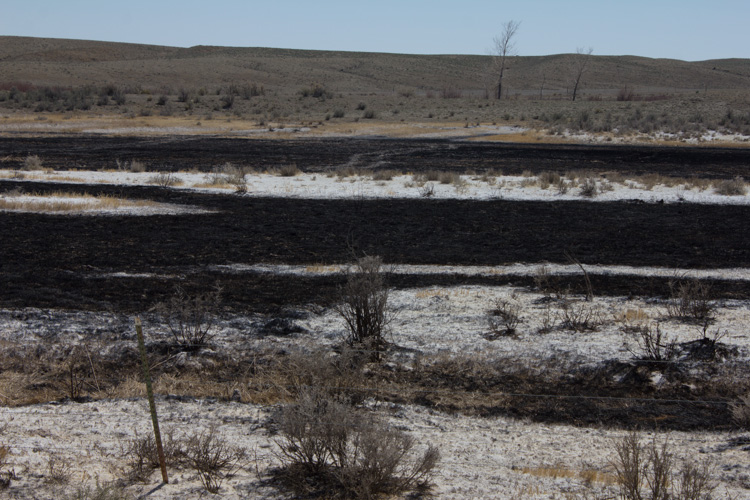 When I arrived at Joe's in the mid-afternoon, I was confused: I found just a number of cars, apparently other climbers, pulled off the side of the road, but no clear trailheads or obvious "areas." Everything was all scattered. I stopped and spoke to a fellow dirtbag, who explained that this was pretty much the scene. Pull off, camp if you want, climb what you see. It was so simple, but confusing to a new visitor like me. He pointed me just around the bend, where a bunch of easier and classic problems were being climbed at that moment.

I went and climbed, began making friends. But it was late in the afternoon and people were wrapping up their sessions. I decided to stay the night right there and wait for the same folks or new ones to come back to warmup land, then join their groups for the day.

Unfortunately, the sun rose the next day and practically no one came back. I climbed by myself for about 2 hours before losing motivation and deciding to just head out. At another point in the trip, I'd probably have stuck around and gone looking for more rocks and people, but like I said I have been losing steam bit by bit.

The rock itself was wonderful, bullet-hard and of a very different style again from the stuff I'd climbed earlier in the trip. What I climbed at Joe's was crimpy and technical, with mostly small feet to work with. The four destinations I've hit have each drawn on a wildly different set of skills and techniques. I feel like I'd be hard-pressed to pick a more varied set of climbing styles without getting into aid or ice.

What's most exciting to me is that after climbing seriously and regularly for about a month, all on real rock, I feel strong again in a way that I haven't since 2005. (That's when I went to grad school and lost the free time to climb, and have struggled to re-establish the habit ever since.) I'm so excited to go home now and really work on training, building finger strength and losing more fat so that I can continue to progress into new personal territory. The love affair is back!